Winners Emerge In The 8th African Persons Of The Year Poll 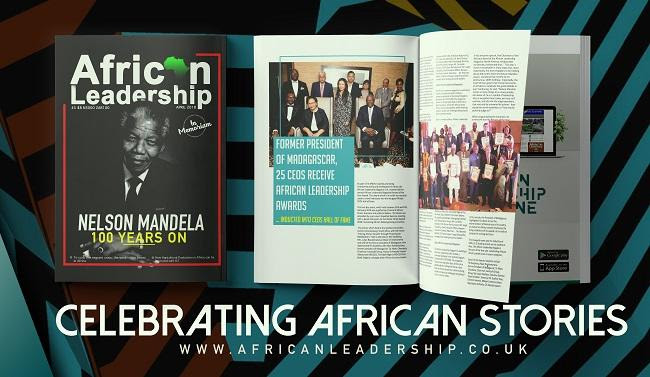 The African Leadership Magazine Persons of the Year Awards, which has become the leading vote-based third-party endorsement in the continent, recorded an upsurge of over 45% votes from Africans within and the Diaspora this year.  The annual poll has become a referendum of some sort by Africans on purposeful and impact-oriented leadership in the continent. In addition to the winners, a special ALM Commendation citation shall be presented to the most distinguished runners up, which includes:
African of the Year Commendation Award:
His Majesty King Mohammed VI, King of Morocco
African Female Leader of the Year Commendation Award:
Helen Oritsejafor, MD/CEO, Eagle Heights Group, Nigeria
ALM Person of the Year -Educational Development Commendation Award
Afe Babalola, Founder Afe Bablola University Nigeria
ALM Person of the Year Employment Generation Commendation Award
Abdulsalmad Rabiu, Chief Executive Officer, BUA Group, Nigeria
ALM Person of the Year – Political Leadership Commendation Award
H.E. Sahle-Work Zewde, President of Ethiopia
ALM Person of the Year – Philanthropy & Charitable Contributions to Society Commendation Award
Patrice Motsepe, Motesepe Foundation, South Africa
ALM Young Person of the Year Commendation Award
Isaya Yunge, Founder, SomaApps Technologies Ltd, Tanzania
The Publisher, Mr. Giami, maintained that all the nominees are deserving of the crown, considering their personal contributions to the continent’s growth and development. In his words, ” the nominees have demonstrated great faith in the Africa project, and are ‘walking their talk’ in their communities. They all are true lovers of Africa, determinedly contributing, sometimes amidst very difficult circumstances, but undoubtedly making their communities a better place for its people”.
The African Leadership Magazine Persons of the Year, which is in its 8th year, is an annual award reserved for distinguished Africans, who are considered to have blazed the trail in the year under review. A shortlist of nominees are selected from results gathered via a Call for nominations, traditionally promoted via paid online and offline campaigns across the continent, Europe, and the Americas. The call for nomination is the first step in a multi-phased process, which is then followed by the voting process and the eventual announcements of winners.

This year, the selection committee retained the four broad themes, from the previous year, which resonated with Africans and they include – Africans whose activities, policies and actions have contributed to ‘Investments into Africa’s young people, jobs & wealth creation; promotion sustainable peace & development, delivering of democratic values; & the promotion of Africa’s image globally’; in arriving at their decisions. Sustainable peace is a precursor to development in the continent, hence the need to encourage state and non-state actors to contribute towards the pursuit of sustainable peace on the continent.