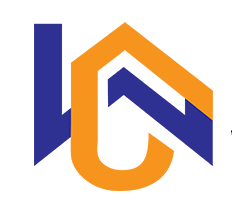 Those who knew him from the beginning, Buffett’s success comes as no surprise: He was picking out stocks at 11 years old and had amassed the equivalent of $53,000 in today’s dollars by the time he was 16.

These are some 20 mind-blowing facts about Warren Buffett.

Buffett’s legendary career all began with an epiphany at age 10 when he was on a trip to New York City with his dad.

Dining with a member of the NYSE planted the idea in young Buffett’s head to organize his life around money.

3. When Buffett was a teen, he was already raking in about $175 a month — more than his teachers (and most adults).

4. When Buffett was a teen, he was already raking in about $175 a month — more than his teachers (and most adults).

5. He was rejected from Harvard Business School.

Buffett, confident he nailed his admissions interview, had already told a friend, “Join me at Harvard.”

“I looked about 16 and emotionally was about nine,” he recalled of the in-person interview. Forced to look elsewhere, he settled on Columbia University, which only required a written application and no interview.

6. His idol refused to hire him the first time he applied.

Buffett originally wanted to work with his idol, and author of The Intelligent Investor, Benjamin Graham, but Graham rejected him because he wasn’t Jewish (Graham was saving a spot at his firm for someone Jewish, since at the time Jewish people had a tougher time landing work on Wall Street).

Buffett wouldn’t take no for an answer, and continued pitching Graham ideas until he eventually hired him.

He was 21 and terrified of public speaking. It ended up being a worthy investment, as the course helped him propose to his wife.

9. Buffett doesn’t keep a computer on his desk, and he chooses to use a flip phone rather than a smartphone.

10. In fact, he’s only sent one email in his life, to Jeff Raikes of Microsoft.

11. His distance from technology leaves him time for bridge, which he plays about 12 hours a week.

13. He drinks an alarming amount of Coca-Cola each day.

14. 99 percent of Buffett’s wealth was earned after his 50th birthday.

15. Among investing legends, Buffett has the longest track record for beating the market.

16. $1,000 invested in Buffett’s Berkshire Hathaway stock in 1964, when Buffett took over the company and shares cost just $19, would be worth about $13 million dollars today.

17. Buffett’s net worth is greater than the GDP of Uruguay.

18. Though Buffett spends frugally, he gives generously. In 2010, he teamed up with Bill and Melinda Gates to form The Giving Pledge, an initiative that asks the world’s wealthiest people to dedicate the majority of their wealth to philanthropy.

19. Buffett has also so far donated nearly enough money in his lifetime to build six Apple ‘Spaceship’ Campuses, which are $5 billion endeavors.

20. In 2013, Buffett made on average $37 million per day — that’s more than what Jennifer Lawrence made the entire year.

Jerricha Hoskins, the founder and CEO of one of the fastest-growing Black-owned hair care brands, Arcani Coil Care, used to be in foster care and...
Read more
Get Inspired

The “Watchman” Who Is Now A Teaching Assistant. Meet Richard Agbedor.

THE “WATCHMAN” IS NOW A TEACHING ASSISTANT – SOME LESSONS FROM RICHARD AGBEDOR: I spoke with our amazing brother, Richard, just a few days...
Read more
Get Inspired

Is This The Freedom You Strived For?

The addictions after freedom is slavery. You battle day and night with your dead soul for comfort, all in vain. You enslave yourself to lies,...
Read more
Get Inspired

Must You Always Rely On Friends? This Is The Reason Why You Should Let Your Passion Influence You.

Depend less on others and strictly focus on achieving your goals in life. You may decide to seek for support from friends. That’s fine but...
Read more
Get Inspired

Max Chinnah, a 26-year old inventor and entrepreneur from Nigeria, is hoping to change the lives of many people around the world with his newest invention - a smokeless stove that not only cooks food, but also converts heat energy into electricity to charge your phone!
Read more

Application Deadline: Unspecified The Nestlé Internship Development Program (NIDP) is a 12 months’ programme that introduces the working world of Nestlé, as well as a...
Read more
News

Meet the Newest President of University of Maryland, College Park

Darryll J. Pines is the newest President of the University of Maryland, the state's flagship institution with more than 40,000 students. Pines, who previously...
Read more
Get Inspired
READ ALSO:  Warren Buffett: 5 Things You Can Learn From the Man Who Invested $1 Billion in Apple
Powered by Inline Related Posts

Jerricha Hoskins, the founder and CEO of one of the fastest-growing Black-owned hair care brands, Arcani Coil Care, used to be in foster care and...
Read more

He Wanted to be A Musician or Doctor but He is now Ghana’s Best Blogger, Meet Ameyaw Kissi Debrah!

The world is going digital and those who master the digital way of doing things are surely ahead. Mark Zuckerberg is one of the...
Read more
Profiles

Revenge porn is the revealing of sexually explicit images or videos of a person posted on the Internet, typically by a former sexual partner, without the consent of the subject and in order to cause them distress or embarrassment. It may refer to all sexually explicit videos and images of a person by former partner, old friend, hacker, blackmailer or whoever for whatever motive. One man has decided to stand in the gap and end the act and his name is Barimah Amoaning Samuel.
Read more
Profiles
READ ALSO:  This Entrepreneur Built an All-Female Driving School -- in Egypt
Powered by Inline Related Posts

From A Broken Home to Being the Inspiration of Many in Nandom; Meet Jacob Kuutuome.

Jacob Kuutuome was born to Mr. and Mrs. Kuutuome Tang and Marciana respectively in Kumasi and spent all his early childhood development and education...
Read more
Profiles

Just like Mirabelle Morah and Feyisayo Adanlawo, Mojola is also a young Nigerian making waves in her small corner to make sure peace becomes a...
Read more
Profiles

When Yecenu saw school girls who couldn't afford sanitary towels, she decided to find a solution and that solution is the reason why Wundef.com considers her a game changer. Today we are looking at the motivation and works of a young game changer in Africa's most populous country, Nigeria. I believe her story will inspire you to do greater things for your community, country and Africa as a whole.
Read more