CeSIS Celebrates a Decade of Excellence in Research and Advocacy

Aviation analyst, Sean Mendis says beyond the expansion of the Kumasi Airport to international status, efforts have to be made to properly manage and utilize the facility to full capacity.

According to him measures also have to be made to increase operational hours of the airport.

He stated that, “While Ghana has made investments in the past in upgrading domestic airports, we’ve seen this in Tamale where they lengthened runways, upgraded instrument landing systems and lightings. Similarly, in Wa, the airport was refurbished. But we have not gone all the way in Ghana to be able to set this up and maintain them. Tamale still closes at 6pm because the Airports company says it has no money to run generators.”

He added that this would be imperative to maximise the use of the airport.

“So you have the airport that is capable of working round the clock but you don’t utilize it and I’m really hoping that Kumasi Airport which has its runway refurbished and lights put in and everything, should have its operational hours extended. The airport is still forced to close at 6pm because the airport company is not able to run it beyond that hour. And so no matter how much money  you spend on developing new terminals and improving  infrastructure if you’re not willing to open it to let the public use it, this is all just going to be a waste of money.” 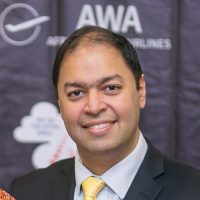 Upon completion of the expansion works worth over $300 million, the airport’s new terminal is estimated to handle over one million passengers per annum.

This will make the Kumasi Airport the second international airport in Ghana.

Ashanti Regional Minister, Simon Osei-Mensah had earlier indicated that expansion works are expected to be completed by the middle of 2021.

Presently, the Kotoka International Airport is Ghana’s only international airport which has the capacity for large aircraft such as the Airbus A380.

Get Updates Right in your Inbox

CeSIS Celebrates a Decade of Excellence in Research and Advocacy

Check yourself, If you do any of these, Then you might be corrupt (Corruption Self Examination)

From Kalmoni and Sons to Japan Motors, This is how the Kalmoni Family has Built a Business Empire in Ghana

The Story of Jack Ma, Billionaire and Founder of Alibaba Group

How to Overcome Distractions and Focus on your Work

Why Entrepreneurs Need to Approach Social Media Like Athletes and Celebrities

Follow the 3 Ps to Grow Your Social Media Influence

The Best Safaris in Africa

Is Your Money Blueprint Making You Richer Or Poorer?

Struggling will make you stronger