Spotify Gets Into the Holiday Spirit With Snapchat-Style Stories Trial

Instead of Succumbing to the Disabling Conditions That Afflicted Her, Rayki Tai Submerged Herself into Holistic Remedies That Gave Birth to Wholesome Hair Co. 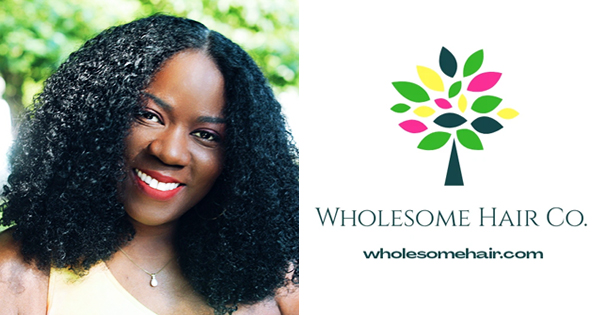 Wholesome Hair Co, founded by Jamaican/Nigerian entrepreneur Rayki Tai, emerged onto the natural hair care scene with a vegan product line in February 2020. Customer feedback prompted Rayki Tai to address what sets Wholesome Hair Co. apart from others in the natural hair industry. Her story is profound.In the 1980s, Rayki went from a haunting conversation about hair with her mother right before she died, to living in a Nigerian boarding school struggling to manage her own hair. Rayki’s subpar hair grooming violated school standards, and one day Rayki was berated in front of the entire student body by the vice principal, who decided to shave Rayki’s head bald. As an unwilling twelve year old, Rayki creatively negotiated a deal with the vice principal to let her keep her hair.

After returning to the United States years later, Rayki had an unfortunate incident with a lighter that left her near bald. Desperate for a way to regrow her hair quickly, Rayki tried many products with big claims of fast hair growth. However, the growth was gradual.

After several years of research, trial, and error, Rayki’s hair returned to its longer state. In 2012, Rayki was diagnosed with a large fibroid tumor in her uterus. This resulted in extended periods of pain-filled days spent at home. Online research ensued and Rayki learned that relaxers used by black women were a common cause, leading Rayki to put an immediate halt on her use of relaxers.

While her doctor offered a hysterectomy solution, she explored natural approaches. Slowly adopting a natural approach to both haircare and fibroid treatments, Rayki declined her doctor’s suggestion to remove her uterus. As Rayki’s fibroid symptoms subsided, her hair began shedding as it transitioned from its relaxed state back into its naturally curly state. Eventually, she did the big chop.

Soon after, Rayki was diagnosed with Multiple Connective Tissue Disorder. It was a cocktail of autoimmune disorders, at the time, that included Sjogrens Syndrome, Lupus, Raynaud’s Syndrome, and Scleroderma. With a topping of hypertension and inherited high cholesterol,

She was suddenly overwhelmed with chronic illnesses. Some of those conditions had already claimed the lives of both her parents, and almost overnight, Rayki was bedridden. Among many of the new symptoms she experienced, she suffered with massive lupus related alopecia.

Unable to handle side effects from the mounds of pharmaceuticals she’d been prescribed, Rayki expanded her prior research of natural remedies like her life depended on it, because it did.

Being newly diagnosed with a myriad of life altering conditions, made it almost impossible to qualify for substantial health and life insurances.

Living without her own mother, Rayki developed an intense will to survive for her two daughters. With fervent prayer and persistence, Rayki Tai created an effective holistic treatment plan and started healing. To further minimize the debilitating effects of inflammation in her body, Rayki committed to a vegan lifestyle and removed all animal products from her diet.

As she discovered the many uses of the powerful herbs and vegetables her life depended on, Wholesome Hair Co. was born.

She comments, “There’s no greater motivator than the will to stay alive. That will inspired some groundbreaking products. Keeping these products to myself would be like wasting the life that God spared, and I can’t do that.”

Living in both New York City and Nigerian boarding schools, Rayki was no stranger to small spaces. So, she made a deliberate point to create Wholesome Hair Co.’s product line with a minimalist approach. It was also imperative to offer organic multi-functional formulas safe enough for the entire family that would not only simplify the natural hair experience, but save customers time, money, and space.

Her company, Wholesome Hair Co., is successfully doing its part to end the dependence of anything unhealthy from the ethnic hair routine. She adds, “These health-improving, disease-reversing nutrients are potent enough to change the way natural hair is perceived, managed, and appreciated.”

To learn more about Wholesome Hair Co., visit WholesomeHair.com and follow the brand on Instagram to see real growth results and stay updated on free product giveaways and flash sales.

Spotify Gets Into the Holiday Spirit With Snapchat-Style Stories Trial

How Did This 16-Year-Old Girl Amass 100 Million Followers On TikTok?

Commitment Is an Act, Not a Word – Kiran Mazundar Shaw

Book Summary: The Millionaire Messenger: Make a Difference and a Fortune Sharing by Brendon Burchard

Africa’s Underdevelopment: Who Is Responsible?