Bitcoin and cryptocurrency adoption has failed to meet expectationssince the 2017 bitcoin price explosion catapulted the nascent technology into the public consciousness—something that’s been partly blamed for the subsequent bitcoin bear market.

Many in the bitcoin and crypto sector expect increased bitcoin adoption, if or when it finally comes, will herald the next crypto bull run—but are waiting on app and retail development. 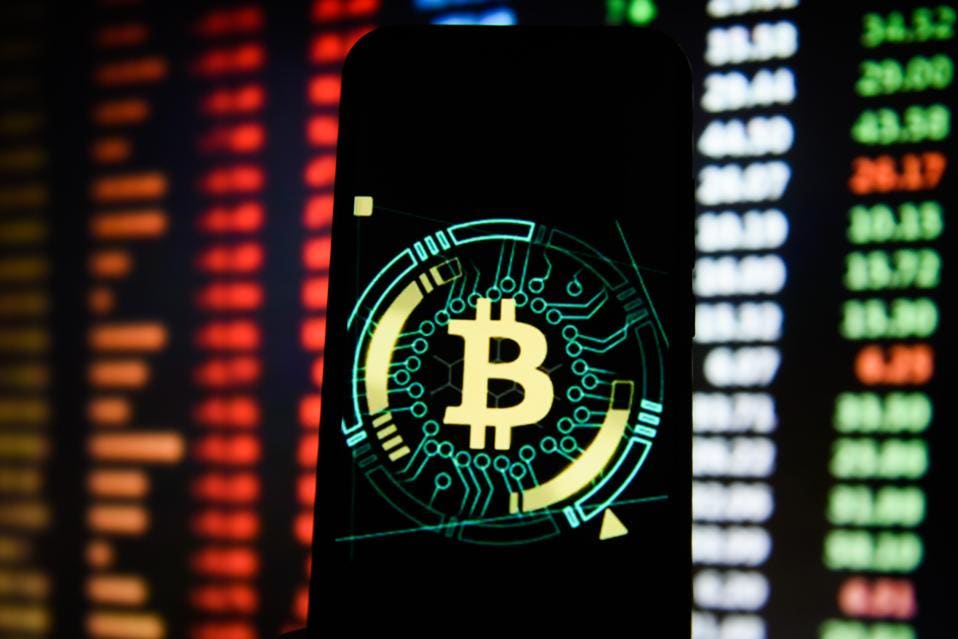 The bitcoin and cryptocurrency sector has been trapped in a bear market for the past 12 months, with many expecting it to drag on throughout 2019.GETTY

Trending
For How Long will You Defend Your Mistakes? (By Dr. K. N. Jacob)

Ethereum, currently the world’s second largest cryptocurrency by market capitalization after bitcoin and Ripple’s XRP, is named as a supported cryptocurrency but a previous report from SamMobile last year claims the wallet will also support for bitcoin, ethereum-derived ERC20 tokens and bitcoin cash.

The Samsung Blockchain KeyStore is “a secure and convenient place for your cryptocurrency,” according to the app’s welcome page, shown in the images. They also show Galaxy S10 users will be able to import an existing cryptocurrency wallet or create a new one.

It’s thought that a smartphone hosted cryptocurrency wallet, something that works as an instant crypto exchange, would be stored on a phone’s secure-element, similar to Apple Pay and Google Pay, giving users control over their private keys and removing reliance on external exchanges.

The inclusion of a cryptocurrency wallet on a flagship smartphone like the Galaxy S10 could mean millions of people are introduced to bitcoin and rival cryptocurrencies. In the second quarter of 2018, Samsung sold some 72.2 million phones, according to IDC, a tech industry data company.

Samsung is scheduled to unveil its new Galaxy S10 smartphone range during its Galaxy Unpacked announcement on February 20, 2019, with handsets due to go on sale on March 8.

Lackluster bitcoin and cryptocurrency adoption has been a major criticism of the sector for years and after 2017’s epic bull run many expected the surging price to bring new apps to ease bitcoin’s overly-complicated user experience, as well as a raft of retailers keen to begin accepting bitcoin and other cryptocurrencies.

While there have been signals that increased adoption and use of bitcoin could be just around the corner, until tech companies like Samsung and Apple make bitcoin use simpler and stores like Amazon make firmer moves to accept digital tokens, widespread adoption will remain elusive.

For now, bitcoin and the cryptocurrency market remains deep in a so-called crypto winter—so named for its debilitating effect on the sector.

Bitcoin’s 2017 bull run, which saw the price explode from under $1,000 at the beginning of the year to an eye-watering almost $20,000 in fewer than 12 months, has been put down to the expectation institutional investors were gearing up to step into the space.

As 2018 rolled on and that investment from the established financial industry failed to materialize, many bitcoin and cryptocurrency holders bailed out of their positions, nervous the looming threat of increased regulation and shadows of doubt swirling around general adoption and usage of bitcoin and cryptocurrencies could mean the bottom was about to fall out of the market.

The bitcoin price has fallen steadily over the last year as adoption and institutional interest stalls, spooking investors.COINDESK

Big Ocean Bottle is a smart bottle that helps...
Tech

A stealth hub hidden inside a portable GaN-charger. Supports...
Tech