Beyond boundaries: the impact of free trade and technology on Africa’s accelerating economic development

When the Africa Continental Free Trade Area is implemented this year, it will create a single market for goods and services for the first time in the continent’s history. The agreement will cover a geographic area with a combined GDP of $3.2-trillion and a population of 1.2 billion people. It has the potential to drastically accelerate economic growth and exceed the African Development Bank’s current estimates for GDP growth from $1.7-trillion in 2010 to more than $15-trillion by 2060.

This has the potential to shift Africa from being an aid-dependent continent to becoming an investment-dependent continent. According to the Brookings Institute, African foreign direct investment (FDI) inflows accounted for only 2.9% of total global FDI inflows in 2017, compared to the 49.8% share for developed economies, and 10.6% for Latin America and the Caribbean. A continental super bloc has the potential of creating an attractive value proposition for investors who are dealing with the fallout from Brexit, a US-China tariff war and a global economy that is falling short of projected growth targets. 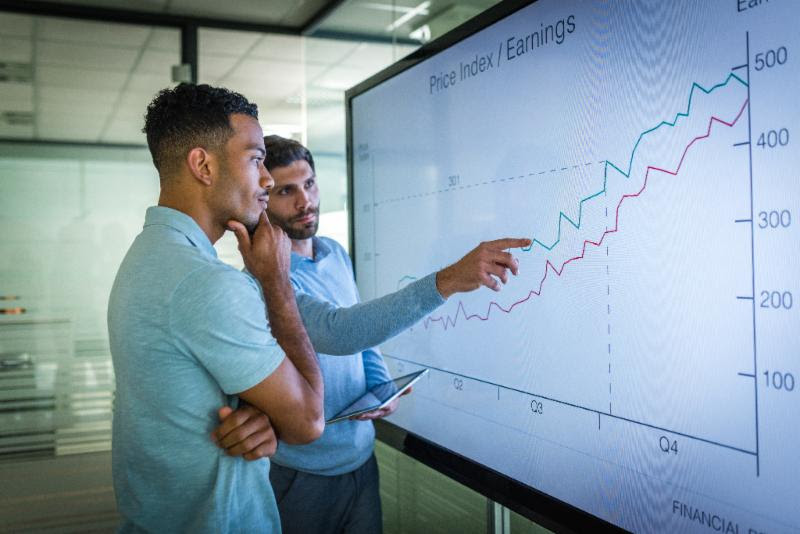 For African governments, businesses and citizens, the prospect of the Africa Continental Free Trade Area (AfCFTA) has prompted widespread excitement and optimism, especially among some of Africa’s leading business and political figures. Rwanda’s President Paul Kagame said: “Speaking with one voice as a continent will emerge as perhaps the most important provision of all for the success of the African Continental Free Trade Agreement.”

South Africa’s President Cyril Ramaphosa publicly stated that “this is a free trade area that has never been seen in the world. It’s going to be the largest integrated market on the African continent, which is a clear demonstration that indeed Africa is not only on the rise, but Africa is on the move.”

With 30% of the world’s remaining mineral resources, and 60% of the world’s uncultivated arable land, Africa’s riches are significant to the future global economy and food security. Its youthful population could power the economies of developed nations who are facing ageing populations and declining birth rates. But challenges to unlock this immense latent potential remain.

The World Economic Forum notes that manufacturing only accounts for 10% of total GDP in Africa, well below the figure in other developing regions. A continental free trade area has the potential to reduce this gap and accelerate job creation, especially among young people. By implementing exponential technologies such as AI, IoT and predictive analytics, Africa’s manufacturing sector can take a much-needed developmental leap to bring it more in line with global standards for competitiveness.

The continent’s reliance on agriculture – which according to some estimates accounts for 60% of all jobs – could also lead to greater regional coordination to ensure produce matches market demands. There is also the promise of greater efficiency brought by technology. Recent initiatives aimed at equipping farmers with greater access to the agricultural value chain, improved information regarding crops, market prices, weather conditions and farming best practice through a mobile application integrated to a digital core, have seen tremendous success.

In Nigeria, a public-private partnership between CBI Nigeria and SAP integrated 850 000 small maize producers into the agricultural value chain and equipped unemployed graduates with a technology platform that gives farmers access to farming inputs, telephone credit, banking services and more. Efforts are underway to expand the programme to other regions and elevate the continent’s 250 million smallholder farmers.

Integrating the existing regional economic communities (RECs) into the AfCFTA is no small task. The African Union currently plays host to no less than eight recognised RECs (some of which have overlapping memberships) including the Arab Maghreb Union, the Common Market for Eastern and Southern Africa, the Community of Sahel-Saharan States, the East African Community, the Economic Community of Central African States, the Economic Community of West African States, the Intergovernmental Authority on Development, and the Southern African Development Community. Securing appropriate buy-in and commitment from each of these regional blocs will be vital in AfCFTA’s success.

Legacy infrastructure also poses a challenge, especially in terms of the effective movement of goods between countries that will form part of AfCFTA. Supply chains are the circulatory system of the global economy, but Africa’s legacy of underdevelopment has left its road, rail and ports infrastructure lacking. According to the African Development Bank, the continent’s infrastructure needs an amount of $130-billion to $170-billion per year. In 2016, only $62-billion was secured for infrastructure investment.

Ports infrastructure struggle to keep pace with global standards. While 90% of African imports and exports are driven by sea, PwC estimates that, of the 72% of global container throughput in developing nations, only 1% travels via African ports. Effective export trade from AfCFTA to other regions will require a rapid upgrade of the continent’s main trade ports. The World Bank’s recent note of appreciation regarding the progress with the Dar es Salaam Maritime Gateway Project in Tanzania is a positive sign. The port, which is set to become Africa’s biggest, is expected to start operating early 2020.

The African Integrated High-Speed Railway Network project, which forms part of the African Union’s Agenda 2063, aims to repair or construct 12 000km of missing linkages to create a rail system that can support AfCFTA by linking all corners of the continent via a fast and reliable rail network. At least 20% of the pilot phase of this project is due for completion by 2023.

It is of course not only Africa’s manufactured goods and agricultural output that should more easily flow across the continent when the AfCFTA is implemented. It is critical that its talent – a youthful population that is expected to more than double by 2055 according to UN estimates – can move freely to access work and apply their skills to solving the continent’s most pressing challenges.

However, many countries still hinder free movement through cumbersome visa requirements. The Africa Visa Openness Report 2017, published by the African Development Bank, McKinsey & Company, and the World Economic Forum Global Agenda Council on Africa, found that Africans need visas to travel to more than half of the other countries on the continent, with only 22% requiring no visa. While the reasons behind the stringent visa regimes are understandable – revenue generation, control over illegal immigration, monitoring migration during pandemics – it is time the continent consider establishing visa-free regional blocs similar to the Schengen area in Europe.

Equipping the continent’s talent with the correct skills for the digital age is no mean feat. Africa’s education system has not kept pace with the demands of the global digital economy. Skills shortages have the potential to derail efforts to build a globally competitive digital workforce. Africa’s economic growth cannot be sustained without access to the correct 21st century skills.

The past few years have seen an acceleration in public-private partnerships driving youth skills development initiatives, with millions of youth trained in basic coding skills. By fostering greater regional and continental integration, efforts to equip Africa’s youthful population with appropriate and future-fit skills could be expanded. And by bringing in the private sector, who can lend training, technology and skills development support, in-country and pan-African initiatives aimed at upskilling Africa’s youth can be accelerated as we enter the Fourth Industrial Revolution.

Ramaphosa is right: Africa is on the rise and on the move. We are entering a new era of free movement, collaboration, and mutual success among all 50 African countries that will form part of AfCFTA. The question is: how do we, as technology providers, businesspeople, citizens, and policy makers, contribute to its success and build a bright future for all who call Africa home?

Distributed by African Media Agency on behalf of SAP Africa.

Which Is Best For You? Desktop Vs Laptop